Across the verticals of many industries, app development is gaining momentum. Selecting the attractive option for business is on the go, and for that, developers should choose the proper technology stack for the product. To generate additional business revenues, most app developers will be choosing the following significant programming language known as Swift. Indeed, the iOS app builders have complete trust in the evolving app programming language known as swift app development.

With the launch of new app development in the market, it is possible to design apps never thought of before. The current app development is foreseeing a new dawn where the developers don’t have to spend much time building apps. So, the swift application has put an end to the problematic app creation with Objective C.

After the inception of the swift development in the market, most iOS app enterprises are looking forward to customizing the app solutions. Developing iPhone apps on the most popular cross-platform solution is proving to be simpler and faster. 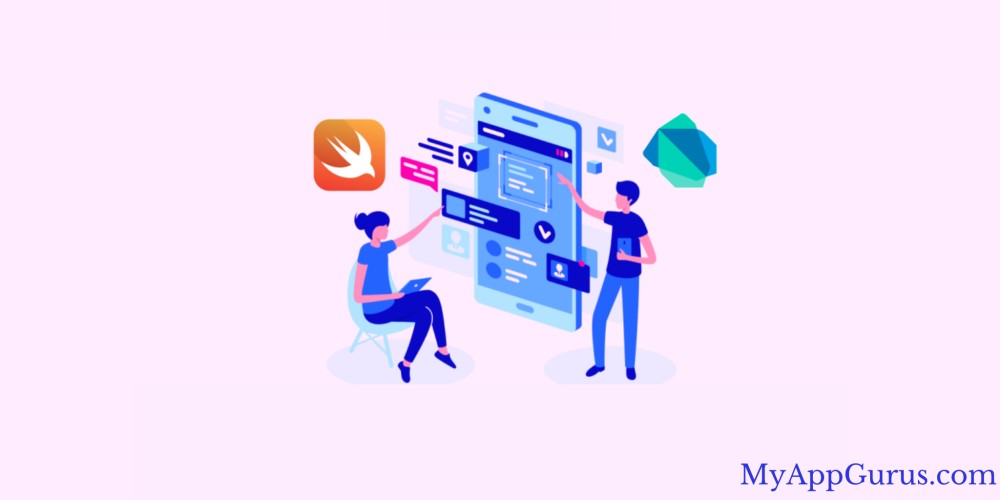 There are countless advantages that the particular application has. Implementing a programming language has become much easier because this app addresses a particular audience and supports a social coding system. The number of users of the Swift programming language is increasing. Moreover, iOS developers can use Swift to write different programs for watchOS, macOS, Linux apps, and TVOS.

IOS developers need to make the shift in choosing the prospective programming language. The innovation of the Swift seems to be a boon to app developers, helps them in coding and working efficiently.

A Brief Outline of the Swift

Before explaining the advantages and benefits of swift app development, let’s check what the swift app refers to. It will help you to understand why it matters so much in iOS app development.

The new programming language is rapidly overtaking the competitors. The simple-to-use, easy-to-read open-source Swift is chosen for security, speed, and type safety.

Let’s jump in right now to uncover other advantages and benefits of the particular app developing language.

In times of developing an app, the Swift is considered the most important in terms of safety. Due to the type-safeness, it is possible to cut the possible errors and memory-safeness points to the program crashing. The Swift is supported with a shorter feedback loop, and it helps developers find code errors without bothering with the low-quality code.

Every app developer looks forward to some faster applications, and it helps a lot in attaining the same within their budgets. In comparison to Objective C, it is 2.6 times faster. Most importantly, Swift is proved to be a simple language to read and simple to write. So, you can quickly build the iOS apps with Swift supported with less code.

The Smooth Functionality with Objective C

The added advantage of Swift is that it is compatible with Objective C, i.e., developers can develop it in either language. When handling big projects, the Swift works best, and finally, you need to place it into the codebase framed by Objective C.

How to Use Optionals?

While working on the swift app, it is essential to avoid app crashes and maintain clean code. Surprisingly, you can manage similar operations with a program g concept named as the optionals. Before adopting the program, they should know that the optionals may comprise value or can be empty. Next, you need to unwrap optionals carefully to avoid crashes.

Benefits of the Swift 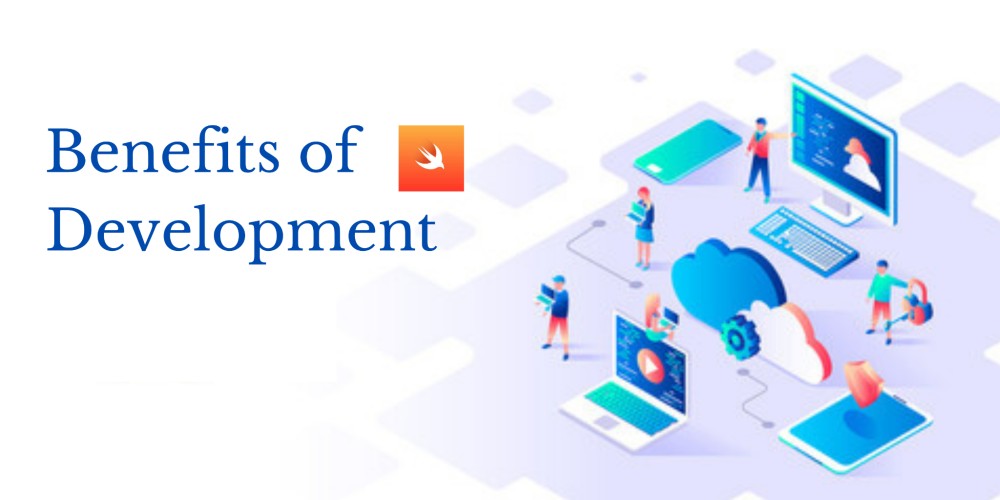 After inciting on the advantages of the Swift, the Swift development company prompts the benefits of the similar operation. Here, you can have insights into some of the added benefits of the stable Swift app language.

While building the mobile app, the memory size is a thing in utter consideration. If you choose the Swift, it will aid in the reduced memory size. It is because it comprises some added features such as dynamic libraries. There are some significant differences between the dynamic and static libraries.

However, a static library doesn’t support the automatic updates and functions within the compiled version. In contrast to the static libraries, the dynamic libraries function better. Also, the app builders can use the Swift libraries, primarily used in iOS, watchOS, tvOS, and macOS.

These days, developers prefer faster and simpler mobile applications. It becomes attainable while working on the Swift application. Next, the addition of the feedback loop helps in the easy identification of errors—no more worries in preventing code crashes because of the well-built coding and typing system. The speed becomes a relative concept in the Swift programming language. Nonetheless, the Swift speed increases once it becomes a robust function.

In comparison to the C-based languages, the Swift application works much faster. Indeed, the performance of the Swift is predictable and supported with new features.

When it comes to Swift, the coding system is much simpler. Instead of using complex syntax languages, developers can incorporate newer languages such as Ruby and Python. To maintain the language’s simplicity, and as per the industry standards, clean codes are developed. When compared with Objective C, the Swift is preferred because it comprises a concise set of data. Further, it helps the QA teams and developers to develop the coding.

Creating mobile versions of websites is of utmost importance. Recently, cross-platform applications have been launched, and it is sourced as the most reliable solution. Developers prefer to use the hybrid apps because it works uniformly on every device.

Nonetheless, the Swift app development is a trusted alternative for Objective C and functions well for Apple operating functionalities. Most developers prefer it because this application is backed up by modern tools and is easy to maintain. Also, you can build effective iOS solutions at a budgeted price.

Enhance Your Career With An Effective Personal Development Plan

WordPress Website Design: Benefits, Best Practices, and How to Do It

How To Select The Perfect Shower For Your Bathroom: 5 Things To Note

Does the next-generation entrepreneur have introverted or extroverted characteristics?

You may have missed

How To Select The Perfect Shower For Your Bathroom: 5 Things To Note

How To Select A Contemporary Chair

What Makes SEO Important In This Digital World?

Bluehost Vs Squarespace – A Side By Side Comparison (2021)

Things you must know before an arranged marriage